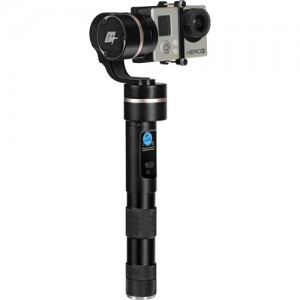 The Feiyu G4 3-Axis Handheld Gimbal allows you to capture stabilized, free-floating shots with your GoPro HERO4, HERO3+, or HERO3 camera. It is held and operated using a single hand and features four different operating modes for increased creative possibilities. You can choose to lock the camera in place along all three axes (pan, tilt, and roll), or select modes where the camera will smoothly follow as you pan and tilt the handle. Switching between modes is done using a single LED push-button on the handle, which flashes to indicate the mode selected.

The G4 features a 4.6" grip for easy one-handed operation and a design that hides all wires, resulting is a cleaner and sleeker look. Two sets of screws for the camera mount are provided: a shorter set for securing just the GoPro, and a longer set to accommodate a GoPro with an attached LCD Touch BacPac. The back of the camera mount maintains open access to the camera's power and video ports and lets you view the built-in LCD on the HERO4 Silver or the LCD Touch BacPac. The G4 is powered using two rechargeable 900mAh batteries, which slot into the handle. A battery indicator light on the device lets you know when it's time to recharge the batteries using the included charger. 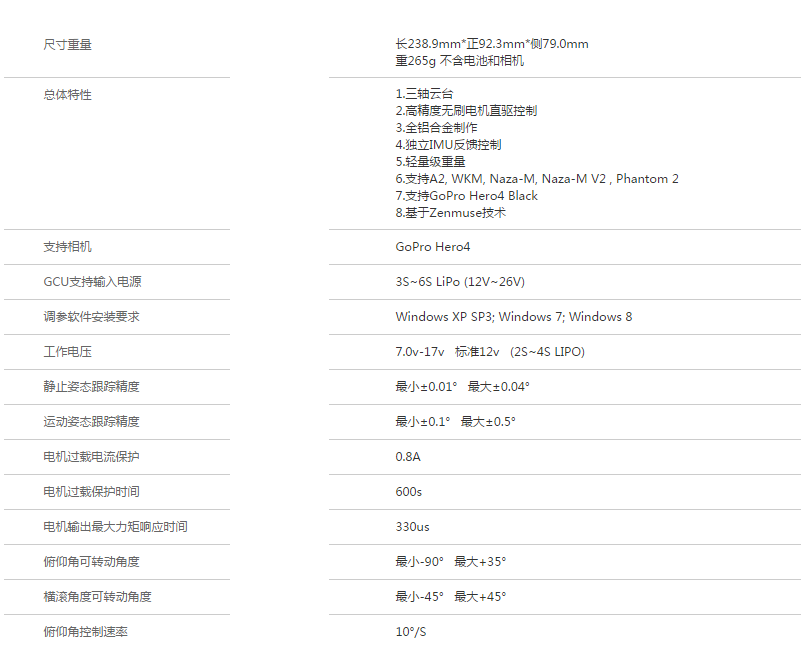